What follows is Part Three of the transcript of our interview with Dick Lucas.

TK: At some point along the way you began to think beyond the walls of the church. You saw the need for the Word of God to be at the center of the life of the church. Can you tell us a little about the development of Proclamation Trust? 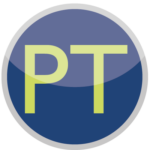 DL: Yes. The trouble is that I tend to get too much credit. So many other people were involved.

I think it’s very important to remember we didn’t start with a plan. We didn’t sit around and have a committee. This started just naturally. We all sat around. We were all friends. We all knew each other. Stories about it now get greatly exaggerated. The story today is that the Bill would give is five-minute exposition and that I would then tear it to pieces. Then Jack would give his five minutes and then I would say, “Jack, that’s not in the Bible.” It wasn’t quite like that. Basically, we all discovered it, wasn’t just me. We all discovered that we didn’t know how to handle the Bible. We’d all been through theological college. We’d all got degrees. For men, they were very good brains. People today who are very important church leadership positions. I think it was astonishing. Those of us that were there will never forget it. Again, I think it was of God. We all realized that we were preaching to each other, but we didn’t know how to do it. What we were saying from the Bible was not what the Bible was saying. I just happened to be the chairman. I suppose I had been giving some thought to this. I had been learning from people like Stott. We immediately said we must meet again next year. Every two years that group continues to meet to this day. Even dragging me down at my age occasionally to give a talk. They are all grey headed now and most of them retired. But they still meet because of the joy of being together and what it has meant to them in the course of their ministry.

“We all discovered that we didn’t know how to handle the Bible.” —Dick Lucas

It was the Lord who did that. I feel that people think I had some wonderful idea. Actually, it wasn’t that. The wonderful idea was realizing that we didn’t know how to it. And so, we had to teach ourselves. There was nobody to tell us.

At my theological college, I preached twice. We went out to villages in Cambridge. One village had a wonderful name of Six Mile Bottom. There were dear elderly people and we gave a talk. Then on Monday morning with the Vice Principal, we would discuss the talk for half an hour and then go to coffee. Well, what a good is that? It was just not taken seriously. (I want to be careful, there may have been some that were.)

Anyhow, there we were sitting around this conference center and we knew that we didn’t know how to do it. So, we met a year later and the thing grew. We realized we couldn’t just do this for ourselves we needed to tell other people. I had my 25th anniversary at St. Helen’s. I said to the elders of the church that I didn’t want a silver teapot or anything like that. I would like some money so that we could set up something for P.T. We knew we had to set up some conferences and that we would need a bit of cash to do that. Two very generous men gave us $25,000 each—which was a lot of money in those days. It was very generous. That was the capital on which we hired a secretary and got a room. In the end, we started to run these little conferences at our own conference center. Then we started the Cornhill Training Course by asking David Jackman to come. He was with us for 14 years and that’s how Cornhill Training Course started. It’s big now, but it was quite tiny then. It all really came through the generosity of two men who saw the need. One is in heaven and one is still alive, I’m glad to say, today.

TK: I resonate with your statements about not knowing how to preach. Probably 25 years ago, some colleagues and I experienced you coming over to College Church in Wheaton. We began to take part in those conferences as well. It provided something very significant.

DL: Yes, people’s eyes open to realize this is a living Word, that it makes sense, that you have got to sit under it, not over it. By and large people sit over it don’t they, or did in those days. It was a very natural thing. It was nobody’s genius; there was no genius in it. Of course, various people brought their gifts into it. Jonathan is a very fine expositor. Other people came who knew how to do it and teach others. So, those conferences still go on. My 25th anniversary must have been 1986—that must have been roughly when we started.