Dick Lucas’ early years and what C.S. Lewis was like as a professor (Part 1 of 5)

What follows is Part One of the transcript of our interview with Dick Lucas.

Todd Kelly: I’m here with Dick Lucas who was the Rector for many years at St. Helen’s Bishopsgate in London. He also served as the Director of Proclamation Trust. Dick, tell us a little about your story and about your early years.

Dick Lucas: I first heard the gospel at holiday camp. I think that’s true of many people in my generation and still true. We were a church-going family. My father was a man of enormous integrity and we went down the hill to the church every Sunday. Looking back, I realize there was nothing on offer there at all.

A local fellow who was a medical student in the town asked me to these camps, and like many others, I heard the gospel for the first time. It was wartime actually and the government insisted that the school kids did something for the war effort. So, these Christians running the camps wisely put on farming and such. The place was packed out as people had to go somewhere on the holidays. I can’t remember what we did. I think we picked up turnips; it can’t have helped the war very much. But all day we went on to the farm. I remember cutting down a sapling on the head of the owner of the estate. I was lucky not to be sent home I think. But it was all great fun and I got to hear the gospel and I responded to it. I can’t say that I did very well after that. I went to school and, of course, backslid, and then I went into the Navy at the end of the war. It was in the Navy, where I came back and had to make my own route Christian-wise.

TK: What were some of the influences that came into your life and grew you as a Christian? 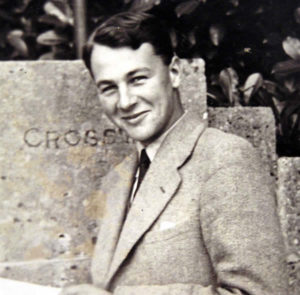 DL: I think the talks at that particular camp were probably the finest talks to young people that I have ever heard then or since. The young John Stott was a student at the time, and I won’t give you the names of others, but the talks were of an outstanding quality. I don’t think I realized that at the time. Then afterward in my Naval service, I didn’t hear any talks.

TK: You had some interesting professors while you were at university. One in particular that stood out, C. S. Lewis? 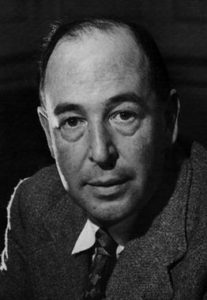 DL: That was at Oxford. When I had to leave school. When you were 18, you got called up and you had to leave school immediately. This is toward the end of the war that I was called up. And it just happened that I had C. S. Lewis as my tutor for six months, which was an extraordinary privilege. I tremble as I look back. Of course, I was completely ignorant of English literature and he must have regarded this as sort of the war work, I think. I really am rather ashamed when I think of what he had to put up with. So, there I was in my Naval uniform going in to read my essay to this man and had no idea what a great man he was. And of course, even the world didn’t then know what a great man he was in 1943.

TK: Was there a way in which his tutelage shaped you?

DL: I don’t mean this in a wrong way; he wasn’t friendly. He once said to a student, “I’m not your schoolmaster.” He regarded a student as being an adult and therefore looking after one’s self. So, he wasn’t in that way a warm cuddly person. I happened to be on the same staircase so I did notice the way he worked fairly all day. I used to look through the door and see he would write without correcting anything — he had an extraordinary mind. He had one of the great minds of his generation. He wasn’t famous then. He was giving talks to the Air Force people. Many of the flatlands out there (near Cambridge) were made into Abbeys; the Americans were there in very large numbers. The bombers were there. As his war work, he was asked to give talks and that’s how he became known. The BBC heard about these talks and invited him to broadcast them. It really all came out of the fact that he had to give talks to the airmen. I think he himself learned then how to put things in a simpler way. These talks that ultimately became Mere Christianity. The BBC was astounded by the response to these talks. As you know, Mere Christianity has never been out of print since.

He then became very unpopular with the senior faculty at Magdalen College. Magdalen was a godless college and a very famous college, very atheistical. People like Gilbert Ryle the philosopher. So [Lewis] got a rough ride there. He never made professor at Oxford. So, without doubt Lord David Cecil once said he was the great man at Oxford yet he never actually got professorship. Which I think tells its own story. They didn’t like the fact that he wrote popular Christian stuff, but his lectures were crowded. They were extraordinary. I went to some of them. He would come into the lecture room talking and he would go on talking brilliantly from the lectern and then walk out talking. Now whether this was a ploy so people didn’t catch him at the end and make conversation, I don’t know. He wasn’t in that sense chummy. I don’t think you would say that. He had his own circle of friends, of course, which everybody knows about by the stories of Inklings and how they used to meet at the pub once a week. Then he was rescued by Cambridge asking him to be the professor there of languages and so on, where he had a very successful eight or nine years, I think it was. Smoked like a chimney. Died really very young in today’s terms at 63—smoking can’t have helped him. A remarkable man, unique really. Wish we had a man today who could write like that, we badly need it.

TK: Dick, what were some of the influences that led you to the ministry?

I think going to these camps and seeing these men. The thing that impressed me the most is the way these young men had given up their time to look after us brats. I’d never met that before, I’d never met that Christian kind of attitude of solace. I don’t think we realize what an impression that makes to people who have never seen it before. Well, I wouldn’t have been able to express that at the time, but I was enormously impressed by it. I wanted to be like them.

So, I think I had ideas of going into ordained ministry very early on. I told my father and he was entirely supportive. I think the rest of my family thought it was rather odd, but I had no opposition at all. So, I went on to university and to theological college afterward.

TK: As you transitioned from the training to ministry itself, describe some of those early days. What were you setting out to do?

DL: I think it would be fair to say (I don’t mean this unkindly), that I learned very little at my theology college. It was liberal evangelical and they had no idea how to train us. They still don’t in many ways, some of those colleges.

I learned really as a leader, of course, at these camps. I was there for four years. That was an enormous privilege because we were properly trained. If you were given a talk for an evening, if you couldn’t keep boys awake in the evening, then you wouldn’t be given another talk to give. In the morning you would be torn to pieces (in a friendly way). I never had training like that at the Church of England. The Church of England had no idea really how to train its leaders. I’m not sure any denomination does in this country. But these interdenominational movements, of course, do train. You ought to know that in America because what is extraordinary about your lay movements is that many people don’t realize they are lay movements (Campus Crusade, Navigators, and the like) that is a reaction to clericalism. The fact is that they have trained their men better than many of the churches trained their men. We’ve learned a lot from them. And I learned all I knew. When I went to be an assistant in 1951, all I had really learned was from giving endless talks at camp and elsewhere. I had already begun to speak in lots of places. You learn by doing it, don’t you?

TK: Was there someone there that was interacting with you about those talks?

DL: The leader of the camp. He was a remarkable man. He wasn’t a man you would call a superman in any way. He had great spiritual experience and power—he was a great man of prayer. The leaders he had were all chosen leaders. It was from those camps that John Stott came. And he chose men and trained them. I don’t know where we would be without that kind of training. Our theological colleges are necessary because we need men who know theology, but it’s very hard to learn to ride a bicycle in a room. You don’t learn to be a preacher at a theological college. That’s why the Proclamation Trust started. I think it must have been. You try and look back and say, “Why on earth did we begin?” I think we realized that men coming out of theological college might not be able to preach even though they were very good theologically. It’s just practical.