Despite the effects of chemotherapy, Cely was intrigued when her pastor told her about the transformation happening at their church because of WordPartners Training.

She was interested to see what it was about, and so she came – although she was struggling. She came with a cane up three stories.

Later she approached me and said, “This is wonderful! What are you doing with this training?” I told her, “We’re training others in several parts of the country,” and I named some places. “Wow!” she said. “One of those places is my home town! How can I help? I just want to help you because I know what God has done in my life through you.”

Sometime later, when Pastor Larry and others went to her hometown to do a workshop on the Gospel of Mark, Cely surprised them by showing up.

She was already diagnosed with Stage-4 bone and liver cancer, and doctors had advised her not to travel anymore. We actually didn’t know she was on the flight with us until she was shouting my name and Pastor Neil’s at the baggage area. What a surprise and heartwarming treat from her. She insisted on joining our workshop for two and a half days. 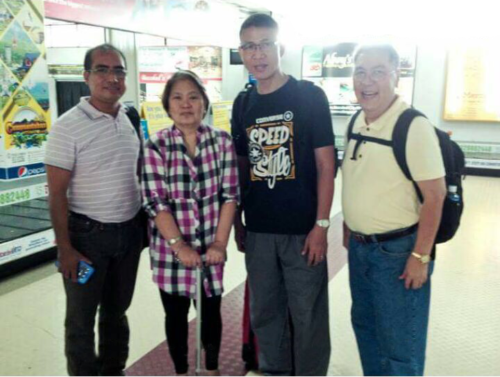 I asked her if her husband, who isn’t a believer, knew she was funding this. She said, “It’s actually from him!” I said, “He’s not a believer – why would he want to support this?” She replied, “Because it has changed me. The changes he’s seen in me he wants to support.”

Recently, Cely went to be with the Lord. Pastor Larry said,

During the first day of the wake, her grieving husband said, “Pastor Larry, tell me what you need, and I will still support the training.” At the funeral they collected some funds and they sent it to us to continue the work.