Preaching the Bible’s Transformative Intent: The What and the How

If you have been around WordPartners’ people or training for more than a little while, you probably have heard us talk about the transformational intent of the Scriptures, which is foundational for our ministry and all transformational word ministry.

What is the transformational intent and how does it relate to authorial intent? 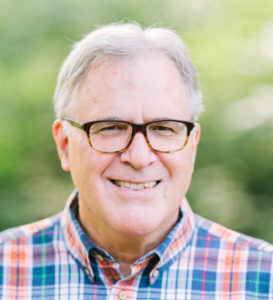 Tim Sattler: Intent is connected to our view of inspiration. If we believe in divine inspiration, we need to think about it the way Peter thinks about it in 2 Peter 1:16–21.

The intent of the way they proclaim the gospel message is to not by following “cleverly devised myths when they made known to you the power and coming of the Lord Jesus Christ, but we were eyewitnesses of his majesty. And He received glory and honor from God the Father and the voice was born to Him by the majestic glory, ‘This is my beloved Son, with whom I am well-pleased,’ we ourselves heard this voice from heaven for we have heard him from the holy mountain…” And he goes on to talk about the prophetic word being fully confirmed and to pay attention to it “as a lamp shining in a dark place until the day dawns and the morning star arises in your hearts. Knowing this first of all, that no prophecy of Scripture comes from one’s own interpretation for no prophecy was ever produced by the will of man but men spoke from God as they were carried along by the Holy Spirit.”

And he goes on to talk about the prophetic word being fully confirmed and to pay attention to it, “as a lamp shining in a dark place until the day dawns and the morning star arises in your hearts. Knowing this first of all, that no prophecy of Scripture comes from one’s own interpretation for no prophecy was ever produced by the will of man but men spoke from God as they were carried along by the Holy Spirit.”

Part of his argument here is that it’s not human intention, it’s God’s intention and God’s Spirit moving the authors of Scripture to write with a purpose—what we believe is a transformational purpose.

God wants people to respond to His gospel call in all of the Scriptures. Right from the very beginning when you see Him pursue Adam and Eve, He wants them to respond to what He is saying. When Moses went to Pharaoh, we see a response that is given. Every time God proclaims His Word, it has an intended response. We call it “transformational intent” because we believe that God gave the gospel to transform hearts and lives, hopefully into the image of Christ and not a hardening like Pharaoh. One of those things is going to happen. It is the authorial intent. Our goal is not just communicating information but bringing about transformation.

I’ve asked a lot of pastors when we first start our work with them, “What the goal is of preaching out of any passage?” Most guys who have been exposed to exposition (about 90%) say, “To clearly express or explain what God has said.” If that’s the goal on a Sunday morning, all you will give is information. But if your goal is transformation, the explanation of God’s Word becomes the process, not the goal. If transformation is your goal, that process will always be driven to how the author is intending people to respond.

Paul said in Colossians 1:28, “We proclaim Christ that we might present every man complete in Christ.” He gives the goal of apostolic preaching as being, “to be transformed into the image of Christ” every time the gospel is being proclaimed.

An Example from Ephesians 1

Let’s look at an example from Ephesians 1, where Paul starts his great doxology that goes for verse after verse, a long run-on sentence, “Blessed be the God and Father of our Lord Jesus Christ who has blessed us in Christ with every spiritual blessing in the heavenly places.” Then he goes on pouring out all of the blessings we find in Christ.

I remember as a young man hearing sermon after sermon on Ephesians 1 and hearing a doctrinal defense of election or something like that, really not in line with the intention Paul has here. His intention is that we would praise God with Him. Multiple times he says, “To the praise of His glory” and “to the praise of His glorious grace.” He’s wanting the Ephesian heart to enter into the praise and worship of Christ that he’s expressing himself. It’s far different than a doctrinal examination of election.

There is a building in that passage—all of the blessings we have heard about in the Old Testament, through Abraham, that were promised very early in the book have now been fulfilled in Christ—and they’re ours, as Gentiles! Paul’s intention is that we would walk away with this same doxology in our hearts.

Kevin: What happens if we don’t preach the transformational intent?

Eventually, I think, if we are not thinking through transformational intent, we might rely on human emotion to drive transformation. We might make great emotional appeals and make sure our voice and theatrics are going. We try and force the transformation ourselves, instead of expressing it as God has expressed it.

We have simple principles that help get to the transformational intent, here are a few.

The questions, “Who”, “What”, “When”, or “Where” need to be answered to explain the text, but the majority of the answers will be content. The “Why” question is what gets you to the reasoning or the intention or the transformation idea in a text:

These questions will help us with the reasoning of the passage and help us get to the author’s transformative intention. We need content, but we need to go deeper to get to the “Why” questions.

Structure is not just an outline. We think of structure as helping us see the direction of the author. We use the illustration of a bridge. The most important part of the bridge is the roadway getting you from one place to another. While there’s a lot of structural pieces that uphold that, the real goal when you come to the bridge is know where you will come to on the other side.

People think of structure like an outline or just dividing verses. But when you see the end from the beginning, understanding where the author is headed, you begin to see his intention. Structure will help you see how the message unfolds in a book or passage. Knowing the author’s conclusions are helps you get to intent.

God is speaking to us, but he has already spoken in His Word. We want to know what God is saying and how God wants us to respond in any age. He has spoken in His Word, but He hasn’t spoken directly to Chicago in 2017. He has spoken [first] to somebody else. Again, with our view of inspiration, He has moved an author to write what he writes. We must first understand what the passage meant in the original context before we apply it to ourselves today.

An Example from the Entire Book of Ephesians

In Ephesians, Paul is in a prison and the gospel is being threatened. All through the book of Acts, you’ve seen the unbelieving Jews rise up and stir trouble from the very moment the gospel goes out to the Gentiles. They don’t want Gentiles to become equal heirs and share in the equal blessings of Christ that God has promised Israel.

In Acts 15, it is said that unless someone is circumcised according to the custom of Moses, they can’t be saved. Move into Acts 21, and the situation is even worse. There are thousands of Jews who have been convinced that the gospel Paul is teaching is wrong. Their solution again doesn’t work, they end up arresting Paul. They want to kill him. Paul appeals to Caesar. He always wanted to go to Rome, now he’s in Rome with the Gospel. He wants these churches to stand firm in the gospel. The very last chapter, that’s his command: to stand firm. Love Christ with a love that is incorruptible (Ephesians 6:24). What would corrupt it? Going back to Old Covenant ways—that would corrupt the New Covenant. Paul is writing to this church to talk about the blessings they have received and how God has transformed all of humanity. He has reconciled the Gentiles with the Jews, humanity with Himself. He’s building a new temple with the people of God. Paul’s intent is that they would stand firm in that truth.

An Example from Philippians

Paul writes another letter to Philippi, to a church that has supported him from the very beginning. They had fellowship with him and his gospel. Paul wrote to thank them for a gift he received in this prison cell. He knows there’s a problem in the church with Euodia and Syntyche (Philippians 4:2). They have the potential to cause division in the church that is similar to the division between the Judaizers and the true gospel followers. He is wanting to help this church get along. He has a lot of build up to that point in that letter (chapters 1-3). He’s writing them to maintain this joy of partnership in this gospel and not let it be divided in the church. There’s intention in everything that these authors write and there’s a response that they want.

Tim: It comes down to application. Once you understand the intent, why Paul or Mark or why any author is writing a book to an audience, you can now shepherd your church and bring the Word of God to today by asking a few questions.

Kevin: Tim, you shared once about transformation in the life of one pastor in the Philippines when he finally got what it meant to preach the transformational intent. Would you mind sharing that story?

Tim: I’ve known this guy for about ten years. He was a representative of one of the large ministries in the United States in the Philippines. His preaching for many years was to transpose commentaries, preaching chapter-by-chapter out of them. He realized it was doctrinally driven and that he wasn’t doing his own study. We’ve worked with him and he has gained confidence seeing the Word of God clearly himself; he doesn’t need to rely on commentaries to make sure he had a good message (even though commentaries can be useful conversation partners)—he can now see what God is saying and bring that to his people. Most importantly, he sees that he used to give a lot of information to his people and not transformation.

When he saw the difference in how these principles help you get to transformational intent, he got rid of all those commentaries he was using as a crutch and has been preaching on his own. It’s interesting; his congregation has responded quite favorably. They have constantly remarked on how his preaching has changed. He even had one lady in his church who wanted to sponsor one of his trainings on another island. He’s going and multiplying what we’re doing in the Philippines—part of what we are seeing as a movement start over there. She wanted to pay for work to go.

When he was chatting with her, she had an unsaved husband and asked her what his thoughts were about sponsoring training. The husband had actually said this, “If this type of preaching can bring about this change in my wife, it’s worthy of my financial investment.” The nonbelieving husband was seeing such transformation in his wife that he wanted to invest.

Kevin: Tim, thank you for your time. It’s my prayer that this conversation spurs many pastors and leaders to be transformed by God’s word themselves and also to preach in a transformational way.