Why Would a Pastor Walk Four Days to Train Others?

The following is an excerpt from Bill Mills’ book, A Gospel Worthy of Your Life: Orienting Every Resource, Attitude, and Passion around the Cross. 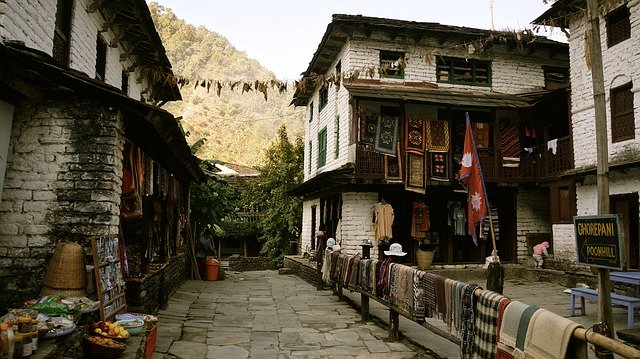 When I think of suffering and the gospel, I remember Pastor Van. I wanted to attend our first pastoral training in one of the mountainous countries of Asia, but my schedule did not permit me to go. However, my friend and coworker Craig, President of Leadership Resources, was able to participate. On the first morning of their meetings, one pastor who had registered for the training had not yet arrived. As Craig was waiting to begin, he saw a man walking toward the meeting place, and he wondered if this might be the pastor they were all waiting for. He was, and that was how Craig met Pastor Van.

Pastor Van was very quiet that first day the pastors met together, and hardly entered into the group discussions around the biblical texts they were studying. Finally, when Craig had the opportunity to talk with him through an interpreter, Pastor Van told him that this very week he had decided to leave the ministry. He had a large family, and the costs for educating children in his country were very high. Some of his children were close to attending university. His church could not pay him very much, and his ministry included travel to encourage other pastors. The church was not able to help much with those expenses either. Much of those costs came out of the family funds.

Pastor Van told Craig that he had finally decided that he needed to quit the ministry and get a job to support his family. He had already signed up for this training, however, and decided to attend before he resigned from his church. That week, the group was studying the book of Jonah. How Pastor Van wrestled with that message; how he battled with the Lord! Finally, he told Craig, “How can I be another reluctant prophet? How can I run away from God?”

I was able to join another training in this country and to meet Pastor Van about two years later. Nothing had changed in his finances or his family situation. He was still seeking God’s provision for the needs of his family and trusting Him along the way. An important part of our pastoral training times include reports from the pastor trainers of their second-generation training. As I mentioned earlier, we are equipping national pastors to train other nationals in preaching and shepherding.

When it came time for Pastor Van to give his report, he told us how he walked four days, fourteen hours a day, over the foothills of the Himalayas to reach his second-generation team. I was so overwhelmed with what I was hearing that I could not speak for the rest of the evening! Our difficulty in these situations is not so much that we feel unworthy to be teachers of servants such as these—we often feel unworthy to even be in the same room with them.

I was so moved by Pastor Van’s report. I struggled through an almost sleepless night, praying for him and countless other precious brothers and sisters in similar circumstances around the world. The next morning, however, I had the opportunity to express my appreciation and gratitude to him. He, of course, had difficulty understanding why I was so moved by what he had shared; this was his normal service to his Lord. Then I asked him: “Why would you do this?” He said only one thing in response: “Because He is worth it!”

Like Pastor Van and the apostle Paul, only when the passions of our soul are inflamed in our love for Christ will we be moved to lay down our lives for the gospel.