The Power of “The Line” in Ethiopia: Pastors Repent for Incorrectly Preaching the Bible

Nine years ago I was introduced to WordPartners training. Through a series of remarkable providences God opened a compelling opportunity to partner with two dynamic leaders in Ethiopia. These two men, independent from one another, became deeply burdened by the fact that the vast majority of pastors in their nation do not enjoy access to biblical training. In response to their invitation, I traveled with Doug Dunton of WordPartners to conduct training with two groups of leaders in Ethiopia.

Conditions that day were not pleasant. It was cold and rainy and there was mud and water everywhere. I found myself slipping and almost falling multiple times throughout the day. 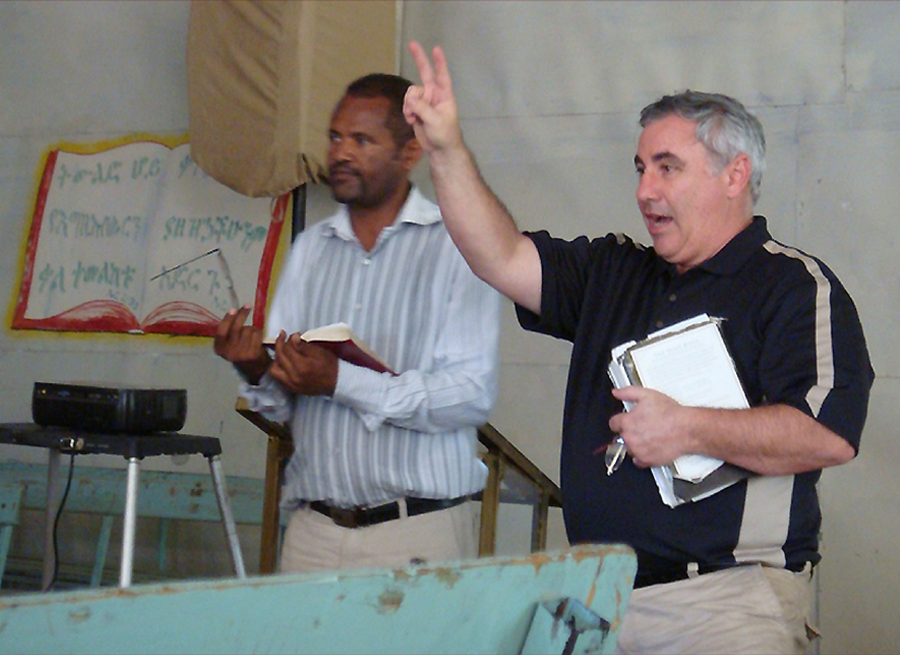 Allan leading a session during a training in Ethiopia

Yet, those attending the training engaged wholeheartedly. I had the privilege of teaching the foundational principle of everything we do: “Staying on the Line.” (See the illustration below.)

This simple, yet revolutionary, concept can be summed up in this way:

They were weeping and repenting because they realize they have not been preaching on the line of the Word of God. They were asking God to help them learn to handle his word properly. I was aware there was an unusual attention as I taught this simple principle. In fact, the entire day – from around 8:30 in the morning until around 5:00 in the afternoon – was marked by earnest participation. It was compelling and humbling to be with such eager students. Yet, when it was time for the training to end I was genuinely happy to anticipate our warm, dry lodging, comfortable seating, a good hot meal, and best of all, my bed.

The following morning dawned clear and bright. I was eager to see our new-found friends again. As we sat waiting for everyone to arrive, our interpreter said, “Everyone was here until after 11pm last night.” I was dumbfounded. “Why were they here? What were they doing?” I asked. “They were weeping and repenting because they realized they have not been preaching on the line of the Word of God. They were asking God to help them learn to handle his word properly.” 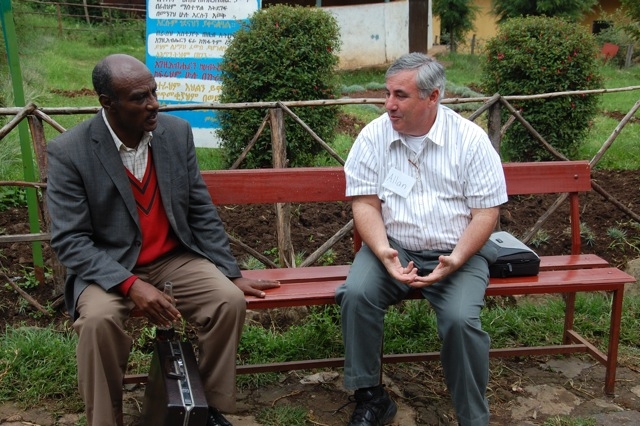 Allan chatting with one Ethiopian leader

Nine years, a dozen trainings, and thousands of trainees later, that simple principle continues to revolutionize the ethos of a nation of pastors and teachers. The interpreter who told me about the late night prayer meeting is now one of our mentor trainers. He has led dozens of trainings, even beyond the borders of Ethiopia. He is passionate about transferring to a generation of preachers a deep conviction that it isn’t about what we choose to say about the Bible. It is about faithfully telling God’s people what the Bible actually says.

This man is one of around 20 mentor trainers distributed all over Ethiopia. These faithful, sacrificial workers cross vast distances, and even risk their lives, to spread the Word that captivated the hearts of that original faithful training group.

“Stay on the line. Preach the Word of God with the heart of God.”

What an amazing joy and thrill to be able to serve and co-labor with these faithful men of God!

Allan and WordPartners’ ministry in Africa were featured on Episode 5 of Dispatches from the Front. Watch a clip below.

Tim Keesee: “What they are doing here is nation-shaking. Training that moves from generation to generation takes work, focus, mentoring, translators, and logistics. Conferences are easy, but multiplying leaders and overcoming lots of geographic and linguistic barriers isn’t.”