Why I’m a WordPartner:
Pastor Rob Davis of the United States

From Google search to global partnership

A Time of Opportunity

As fake news and cultural relativism seem to increase at an exponential pace, it would be easy to believe that things are only getting worse.

“We live in a time marked by confusion and lies, and we are in a battle for the meaning of words,” admits Pastor Rob, but he sees the battle as an opportunity: “We have the joyful opportunity to preach and teach what God says, to speak truth in love, to those caught in the deception and confusion Satan is weaving. . . . We pray for Truth to reign.”

For the last 11 years, Pastor Rob has preached God’s Word at Bible Church of Cabot. His belief in the need for Word-centered discipleship is driven by personal experience.

“In my teens I professed Christ, and I sensed my life change,” says Pastor Rob. “But I was not discipled and not from a Christian home, so my initial profession of faith was either false or produced no fruit until 10-12 years later.”

A proficient musician, Rob served for a decade as a member of the U.S. Navy Band before an unexpected medical issue led to his discharge from the armed forces. Rob looks back on that development as a way God led him and his wife, Page, into ministry. (“Actually, he drug us!” he adds.)

Discovering the Power of God’s Word

Pastor Rob first came into vocational ministry as a minister of music and youth. “I wasn’t theologically prepared for this, but He was faithful,” he confides.

That first role kickstarted a series of leadership opportunities over the decades that followed, including several church plants. Looking over the course of his journey of ministry, Pastor Rob says, “God has strengthened us with many trials in ministry, but every trial has prepared us for a greater trial we would face.”

“The joy these pastors felt when, for the first time, they were shown the power and effectiveness of God’s Word is something we will never forget and never take for granted.”

This gradual strengthening has convinced Pastor Rob of the power of effective teaching and preaching of the Word of God to change people’s everyday lives.

“We have seen women whose husbands have sinfully divorced them be strengthened to both endure the hardship and glorify God in the process. We have seen children saved and give testimony to the truth of God’s Word in their testimonies,” he recounts. “We have heard testimonies of God’s strengthening and sustaining work through the ministry of His Word as people faced death or the death of loved ones.”

Through longstanding ministry partnerships in Malindi, Kenya, Pastor Rob and his church are seeing the transformative power of God’s Word make waves around the world, too.

“We realized that missionaries to Kenya over the last 60-70 years had ‘evangelized’ many, but that not much discipleship or training followed,” said Rob.

They began to train pastors, using WordPartners’ Dig & Discover Principles, which Rob had stumbled upon after searching for training resources on Google. “Over the next year, we witnessed pastors be transformed as they realized they could actually open up their Bible and study a passage and then preach on it – actually exegete one passage!”

“The joy these pastors felt when, for the first time, they were shown the power and effectiveness of God’s Word is something we will never forget and never take for granted,” Pastor Rob continues. “We want to see this happen throughout the world.”

The passion that Pastor Rob and his congregation share for the transforming power of God’s Word was perfectly matched in their partnership with WordPartners.

When he first came across the Dig & Discover Principles, Pastor Rob reached out to WordPartners, and began conversations with Joe Paglia (Operations Director).

At the outset, “I was drawn to Joe’s single-minded focus,” says Rob. “WordPartners trains pastors throughout the world. Period.”

“It is easy for any ministry training pastors to drift into academic evaluations without concern for the spiritual growth of the pastors,” he adds. “But WordPartners’ priority of transformation in the lives of the pastors they trained gave us confidence that future partnerships would allow for these pastors to grow, not just in knowledge, but also in love for Christ.”

“Ministry is hard. Joyful, amazing, exciting, but hard. We need encouragement when things are difficult. . . . We need pooled resources when the vision is larger than our church can accomplish on our own.”

Alongside Pat Alford, a member of Bible Church of Cabot, Pastor Rob experienced that priority on transformation as he engaged in WordPartners training himself.

“Both Pat and I have grown as a result of our participation in these training groups,” says Rob. “We have a much deeper understanding of how we can lead training sessions ourselves, and we were both placed in situations to lead in these groups. That gave us firsthand experience of how WordPartners leaders would press into us to improve our understanding of Scripture.”

Over time, it became clear that WordPartners shared a clear vision and passion with Bible Church of Cabot.

“After a couple of years of praying, discussing, dreaming, and exploring, our visions were cemented in a way that opened the door for us to partner with WordPartners in a significant way.”

“We committed $40,000 a year – approximately 50% of our annual missions budget – for 4 years to support training pastors in Kenya. . . . In the end, we were all hopeful that both of our missions would be strengthened by God with this kind of partnership.”

Relationship is at the center of the work that God is doing through Bible Church of Cabot and WordPartners as they now collaborate to train pastors and resource churches in Kenya. As Pastor Rob knows well from his years of ministry experience, working together in this kind of relationship is vital for any pastor’s long-term success.

“Ministry is hard,” he shares. “Joyful, amazing, exciting, but hard. We need encouragement when things are difficult. We need wisdom outside of our own. We need pooled resources when the vision is larger than our church can accomplish on our own.”

“WordPartners’ priority of transformation . . . gave us confidence that future partnerships would allow for these pastors to grow, not just in knowledge, but also in love for Christ.”

Big vision seems to be one of Pastor Rob’s specialties. In the midst of challenges and trials, with faithful partners alongside, Pastor Rob sees nothing but opportunity for God’s glory to be put on display.

“The darker the canvas the brighter the truth shines upon it,” says Pastor Rob. “It is a very hopeful time for the church because the gates of hell will never prevail against it.”

Pastor Rob and the people of Bible Church of Cabot are a gift to the Church, and we’re grateful that they choose to partner with us to advance the movement of God’s Word around the world. 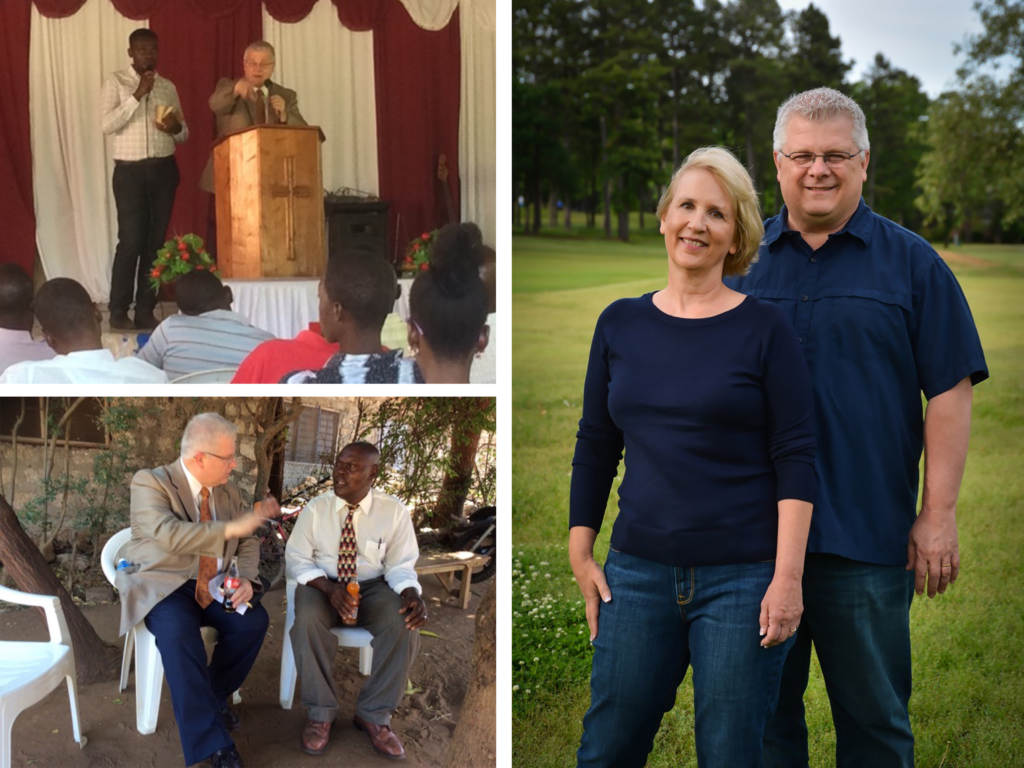 Partner with Pastor Rob in Prayer