From Fear to a Passion to Preach: The Story of Pastor Vir

We almost lost Pastor Vir at our first training session in the Philippines. As usual, we started with the book of Jonah – in part, because it’s short, it’s simple, and besides . . . everyone loves a good story!

Everyone was hugely encouraged . . . except for Vir.

“I almost quit after the first workshop,” he recounted. “Everyone there had a far greater understanding of God’s Word. I thought I could never catch up.” 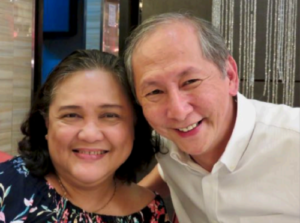 You see, Vir was a banker before becoming a pastor. God called him into the ministry, even though he had never been to a Bible college or seminary. Vir loved God’s Word but frankly had no idea what to do with it.

Fortunately Vir stuck with us. Fast forward several years, and he’s become the biggest fan of the training he received. Why? His lack of confidence has turned into an unquenchable desire to speak God’s Word. In fact, now Vir gets monthly invitations to preach and teach at churches in and around Manila. Vir has become a gifted and faithful teacher and preacher of God’s Word. What a transformation! From a heart of fear and discouragement to a heart that burns with a passion to proclaim the Word.

Recently a member of Vir’s church was installed as a new Army Air Force general. At the induction ceremony broadcast on national television, the new general invited Vir on stage to pray for him in his new role! Clearly, the Lord is expanding Vir’s influence. What an opportunity!

We hope to expand our training in the Philippines so many more “Virs” can get the training that they desperately need. Would you pray with us for that to happen?