Signs of God’s Providence in Haiti

God loves Haiti and has raised up a people for Himself. And, in His providence, God is inviting WordPartners to equip the pastors of this Caribbean country. Here are four signs of God’s gracious providence…

Our ministry needs in-country partners who are like-minded and strategic thinkers. God led us to Dony St. Germain, a Haitian who runs a ministry which, in part, is dedicated to equipping pastors. Dony has the connections and the local smarts to make this gospel partnership take root and bear fruit. 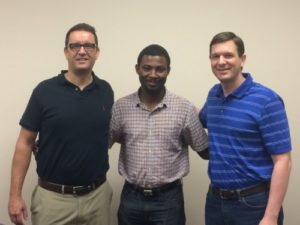 Haiti has two official languages: French and Creole. Everybody in Haiti speaks Creole, while speaking French is a status symbol used by some to look down on others. For the Word of God to flourish in Haiti, training must be done in the heart language of Haiti: Creole. The only problem is finding a translator who shares our passion.

Enter Edvard, a Haitian man studying biblical exegesis at Wheaton College. When he was a young Christian in Haiti, Edvard saw a preacher read from the French Bible in order to impress his congregation. Then, when the preacher tried to switch to Creole, he completely confused everyone, including himself! At that moment, Edvard felt a call from God to see Bible training and biblical resources available to all Haitians in Creole.

In July, our team met with 34 exceptional students who were hungry for training and growth. When Haitian pastors realized the curriculum handed to them was in their heart language, their eyes lit up like five-year-olds on Christmas. “Look, it’s in Creole!!” God used the book of Jonah to transform hearts and show His mercy toward sinners and wayward servants.

One pastor confessed hating a man who persecutes him and looking forward to the day of his death. Now, he decided to pray for that man everyday and to try to reach him with Christ’s love. Another man, who once avoided thoughts of a lengthy journey to an unreached village, is praying for strength to walk the twelve hours needed to share the gospel where it has not been heard. 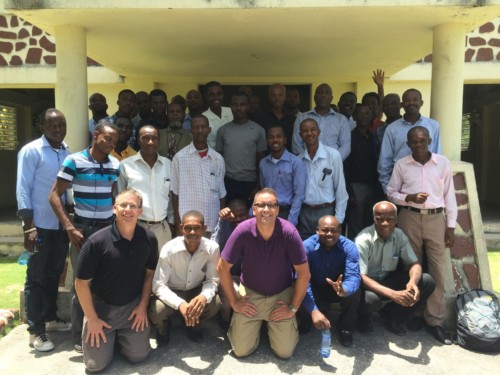 A WordPartners training group in Haiti

Very early one morning a WordPartners student surprised a barely-awake Sean Martin (WordPartners Trainer) as he made coffee, “Can I have another booklet that summarizes the [WordPartners] principles of Bible interpretation?”

“Why do you need the booklet?” Sean inquired, curious to both the request and its timing. Our student replied, “I talked to the principal at our seminary about how powerful God’s Word was in WordPartners training, and he asked me to share the training with our whole school!”

This isn’t the only exciting avenue for multiplication. Two students have been commissioned by their denomination to share the WordPartners training with the leaders of all 1,000 churches!