Since there are differing definitions of consecutive expository preaching and several misconceptions, Tim Sattler (our International Training Director) recently talked with Kevin Halloran to clarify why consecutive exposition is WordPartners preferred and recommended method of preaching. What follows is an abridged transcript.

What is consecutive expository preaching? 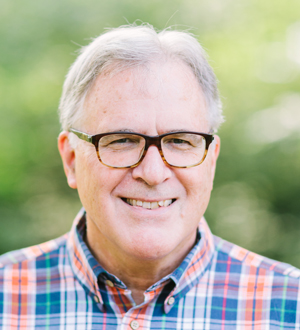 Tim Sattler: It is simply an approach to preaching that remembers each book of the Bible has a central message intended by the author. To understand what the message is, you need to understand the whole, not just parts. It’s not a definition that says, “You have to preach so many verses a week, this few or that many”—it’s really unfolding the whole book and communicating the author’s message, not ours. To do that, we have to see the book in its entirety.

That said, you might find yourself preaching smaller texts or longer texts depending on your gifting as a preacher in communicating. Consecutive exposition is mainly making sure that you’re preaching through an entire book because that’s the way the book was communicated by God. He didn’t give us just verses or segments, He gave us a message through an author to an audience. And we have to know what that entire message is.

Kevin: Just like watching a clip of a movie doesn’t tell you the whole story, sometimes by only seeing clips you don’t even understand what the clips or movie is about. You need the whole book for the whole picture.

1. Consecutive exposition demonstrates a confidence in the authority of the Bible.

Tim: The Bible sits over us, not we over it. If we are not telling the story or message the way God gave it, we are actually putting ourselves above the Bible—picking and choosing. Exposition goes further to your view of inspiration. If we believe in a verbal, plenary inspiration of Scripture; and if we believe that the thoughts, the words, the very heart of the author and communication is from God; then we have to say what God says, not what we want to say about the text. The way a preacher handles the text reveals what his view of inspiration is.

The way a preacher handles the text reveals what his view of inspiration is.

From the very beginning with Moses, God wanted His spokesman to communicate what He said (see Exodus 4:10-16; Deuteronomy 4:1-2). He made it very clear that you have to say what God says. It’s the same way with Samuel: When God brings His Word back in the time of the judges in 1 Samuel 3, to this wicked priest Eli, Samuel said everything. And it says, “God did not let any of his words fall.” Which means there was a pleasure in God that His man said what He said. In order to do that, we need to preach through books and get to the message God is communicating.

This doesn’t mean you have to preach every word and comment on every word. You have to preach the main thoughts of the author. Because all of those words add up to that. If we preach too small of sections, we will wind up importing our own theological ideas into the text, instead of seeing how the full passage communicates. In preaching, the art is getting to what the intention of the author is.

2. Consecutive exposition is the way that most accurately communicates God’s message to us.

Tim: God has communicated His Word in the way He wants it to be heard. The best way to communicate what God has given us is to preach the books God has given us and not just pick and choose passages here and there from other books. I think many people have a view that the Bible is just a collection of verses, and they don’t know how they all connect. They may know some stories, but they don’t know the full story of the Bible. We need to do our best to communicate what God has said in the way He has said it. The Bible is a marvelous piece of literature from beginning to end, but it’s all one story. When we communicate it rightly, we capture people’s hearts.

Kevin: The way I think about consecutive exposition compared to picking and choosing your favorite verses or passages is like a puzzle. You don’t want to focus on just one piece, you want to focus on the big picture. You lose so much without the big picture. He has given us a whole book, and we need to understand that artificial frameworks (like chapter and verse numbers) are helpful for navigating the book, but they are not inspired.

Tim: This needs to be a goal in preaching every week. As you explain the text, one of your goals is to show the simplicity of reading the Bible for those in the pew. If it’s done well, it becomes a model of how one should approach and read the Bible. It’s not like you want people to walk away saying, “Wow, he’s so good, I think I’ll come back next week.” You want people walking away saying, “Wow, he’s helping me read the Bible.” Then, they can help others understand what the Bible is saying as well.

Tim: Some preachers don’t want to preach on sin, idolatry, immorality, or money; and this forces preachers to tackle the subject as it comes along. Also, when there are sensitive pastoral issues going on in your church, somebody might sit there and think, “Oh, he’s preaching that because I’m going through this.” They can’t say that if it’s the next thing in the text. They can’t say, “All he wants is money because he’s always talking about money.”

Kevin: This gives the pastor freedom where he doesn’t need to worry about potential accusations or confusion as to why certain things are coming up.

Tim: It helps a pastor learn how to shepherd people because you are preaching through it with the author’s intent. That’s going to give you the shepherding intent for the people of God. You don’t need to come up with a five-step principle on your own when the text gives it to you.

5. Consecutive exposition makes it easier to schedule preaching series and get the most out of prep time.

Tim: If you’re preaching one-off sermons every week and clearly communicating literary context to your people, those are the harder sermons to do. You really need to know how they fit into the whole message of the book.

Kevin: And thinking in terms of the whole book is extremely beneficial as you plan out your church’s preaching schedule. You can know for months and months what passage you will preach on what week. This allows for a more strategic prep time. For example, if you know all of your preaching topics for the next eight weeks, that gives you eight weeks to study the more difficult passages and think of helpful illustrations or applications. And, say four weeks into your series a major event or pastoral issue comes up in the congregation, you can hit the pause button and pick your series back up after a couple of weeks.

Tim: If a 9/11 happens, and everyone is thinking about that on Sunday, and you just keep on going through Proverbs because that’s where you were, you are probably not going to be shepherding your people well. Those sermons are harder because you need to make sure you’re doing your contextual work and know where what you’re bringing fits in.

I remember preaching through Matthew once, and I stopped when we got to the issue of hell. I had a man in my congregation that didn’t believe in an eternal hell; he believed in an annihilation. We took a week to explore what the Bible does say about hell. I adjusted my schedule because I knew there was a guy who needed to hear that. This can happen depending on the church calendar but is generally the exception.

Tim: So much preaching is disconnected from the overall story of the Bible. There seems to be a resurgence to try and get back to that. It’s important to connect people to biblical history. It connects people to what God is doing in the world today.

We are self-centered and try to bring the Bible into our story instead of seeing how we fit into the Bible’s story.

Kevin: This is crucial for developing a biblical worldview in our people, seeing each book in Scripture in terms of the whole story, because it is the story of humanity, the story we are a part of today.

Tim: We are self-centered and try to bring the Bible into our story instead of seeing how we fit into the Bible’s story. I think as we are preaching through the Bible’s story, we still deal with the same issues. We are still fallen people in trouble and God is working through our lives. It does give us a settled confidence as we see what God is doing through the Scriptures and why He is doing it.

7. Consecutive exposition preaches the full counsel of God, allowing preachers to have a clean conscience before God.

Kevin: When Paul gave his farewell speech to the Ephesian elders in Acts 20, he said, “I testify to you this day that I am innocent of the blood of all, for I did not shrink from declaring to you the whole counsel of God…” Paul preached the truth, the whole truth, and nothing but the truth, and it brought freedom for him and a clear conscience. He didn’t have to worry.

Kevin: And knowing that James 3:1 says teachers will face greater judgment, it is crucial that we can have confidence in God’s Word and preach with a clean conscience. We’re not preaching our words, but His.

Tim: We touched on this in #4 above. Someone says to you on a Sunday morning, “I feel like you were in my living room last night.” “I was in counseling with you on Thursday, and I became the illustration of your sermon on Sunday.” Consecutive preaching removes obstacles of people saying “He’s talking about me to them” rather than, “Oh, he’s talking directly to me because this passage was here for me today.”